Breaking News
Home / IPL / 5 Wicketkeepers with most Catches in IPL

5 Wicketkeepers with most Catches in IPL

The spirit of the game, the quality of the teams and management, and the glamour associated with the IPL have won the hearts of billions. The IPL has always had a wow factor when it comes to batting and bowling. When we consider the Indian Premier League, there is another field that is absolutely stunning. That’s the fielding division. The IPL has produced some of the greatest fielding performances in cricket history. In addition, the IPL has seen some of the most illustrious wicket keepers compete.

In any format of the game, the wicketkeeper’s role is critical. Especially in a T20 tournament like the IPL, where a single wicketkeeper error can have a significant impact on a team’s chances of winning a game. A brilliant effort by the wicketkeeper, on the other hand, can help the team dominate the opposition.

In this article,  we look at the 5 Wicketkeepers with the most Catches in IPL:

Dinesh Karthik has been a part of the tournament since the beginning. He’s been a regular on every team he’s ever been on. Karthik holds the record for having the most catches in the IPL. He’s not only a great wicketkeeper, but he’s also a decent batsman. In 204 games, he has a total of 122 catches. In 2013, he had the most runs (510) in a single season. But it was in 2018, his first year as KKR captain, that he had his best season with the bat. He hit 498 home runs with a batting average of nearly 50. MS Dhoni, the former Indian captain, has a long history of success as a wicketkeeper. In the Indian Premier League, he has the most dismissals (157). There are 118 catches and 39 stumpings among these. Dhoni has been a specialist wicketkeeper in every season of the IPL since its inception in 2008. As a captain and keeper, he was instrumental in CSK’s success over the years. Dhoni has already won three trophies in his career.

Patel has never had a season in which he swept the country. He has, however, always been an important part of any team for which he has played. Patel has made significant contributions with the bat, but his glovework has been particularly impressive. Despite being an opener, Patel has never scored more than 400 runs in a single season. However, out of the 139 games he has played in, he has 69 catches in the tournament. Patel’s best season in the competition was probably the one he had in 2017. That year, he came close to breaking the 400-run barrier for the first time but fell just short by a few runs.

Wriddhiman Saha is currently regarded as one of the best keepers behind the stumps in international cricket. He has also demonstrated his glove skills in the IPL. In the lucrative league, he has 79 dismissals to his name, including 59 catches and 20 stumpings. In the 2020 season, he batted brilliantly at the top of the order for the SRH.

He opens the batting for the Mumbai Indians and is one of the most exciting wicket-keeper batsmen in the world. The left-handed batsman enjoys attacking bowlers, and his style of play is well-suited to the shorter format of the game. Quinton de Kock had a fantastic 2020 season, scoring 503 runs at the top of the order, including four half-centuries. 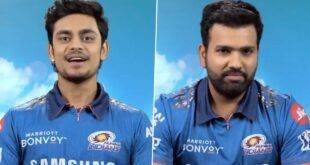 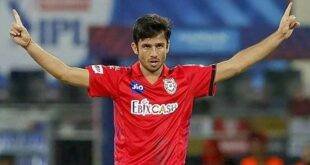