One of the most valuable benefits of the Indian Premier League (IPL) is the opportunity for young players to demonstrate their worth on a national stage. It gives uncapped players the opportunity to play among international stars and acquire experience at the top level. Uncapped players, on the other hand, have a tendency to draw attention with their performances in their first tournament for a club.

Many uncapped players have attracted the interest of the cricket world in IPL 2021, as they did in nearly every previous IPL season. Some of them have even outperformed their more senior colleagues. With the mega auction scheduled for before the next IPL season, a number of players will return to the auction pool. Regardless of whether they are kept or released, many uncapped stars will see a big raise in their pay. Ravi Bishnoi, India’s standout performer in the Under-19 World Cup in 2020, has taken the IPL by storm with his clever bowling. Bishnoi, which was signed by PBKS, has been one of the IPL’s biggest stories. So far, his quick googlies combined with excellent fielding have been beneficial to the team. The kid has been excellent in any opportunities he has had thus far. In 23 IPL matches, the leggie has claimed 24 wickets for Punjab Kings.

Rahul Tripathi of the Kolkata Knight Riders (KKR) has been a regular run-scorer in the IPL 2021. After failing to perform effectively in the IPL 2019, Tripathi’s pay was reduced from 3.4 million to 60 lakh in 2020. Tripathi has been the leading run-getter for KKR in IPL 2021, thus there’s a good chance he’ll be retained by Kolkata. Even if he returns to the auction, Tripathi should be able to get a good price. Venkatesh Iyer was called up to the IPL because of his domestic records. The all-rounder, who hails from Madhya Pradesh, has built a reputation for himself with his hard-hitting batting and efficient bowling. During the second leg of the tournament, he made his IPL debut. He has 320 runs in 9 matches with a solid average of 40. There’s also a respectable strike rate of 125.0 and an economy rate of 8.53 to consider. As a result, he is a vital member of his team.

Arshdeep Singh, the pacer for the Punjab Kings, has been one of the IPL’s brightest talents. He has also spearheaded the bowling attack by producing wickets at critical stages of the game at the age of 22. Riley Meredith and Jhye Richardson, PBKS’ two Australian pacers, were unavailable for the IPL’s UAE leg. Arshdeep, on the other hand, has risen to the occasion and delivered for the squad. He bowls at an angle that makes it tough for batters to read him straight.

Despite the fact that Shahrukh Khan did not have any major performances, his cameos helped Punjab Kings improve their position. As the squad struggled with their batting in the middle order, Shahrukh Khan played both aggressive and patient innings. 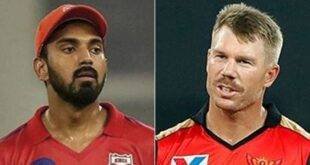 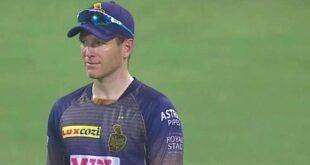 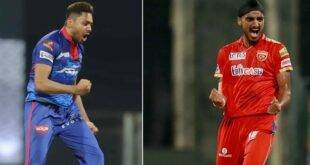