Test cricket is the epitome of cricketing skill and grit. Every youngster who picks a bat or ball aspires to play the red-ball format once in his life. Virat Kohli has often said that white-ball cricket may be glitzy and IPL may be glamourous, but nothing matches test cricket in the intensity. Securing a spot in the current Indian squad is very difficult because the team is so settled. Lately, there has been the addition of quite a few youngsters into the test team. They have got chances, played well, and also been dropped.

Shaw made a sparkling debut but was soon dropped for Gill who awed fans with his batting in Australia. India also tried Siraj, Natrajan, Sundar, and Saini in the bowling department. All of them shined in their performances. With Rahane, Pujara, and Ishant Sharma now becoming senior players, we may soon have a fresh batch of players coming into the squad. We look at 5 players who may debut soon for India.

Avesh is known for his ability to generate raw pace and bounce. Khan impressed with his performance in the 2021 IPL picking up 14 wickets in the 8 games. He was rewarded for his show by finding a place on the flight to England. With more improved showing over the new few years, he is bound to become a big part of the test set-up. He will be a great replacement to Sharma.

Sakariya was phenomenal in the 2021 IPL and his left arm swing left many players surprised. He has found a place in the Indian team that has traveled to Sri Lanka. If nurtured well, he could be a vital asset in overseas swing conditions. His utility would be enormous in pitches of South Africa and England. He is young and skillful. A young left-handed Bhuvi is in the making.

With Wriddhiman Saha approaching the end of his career, India will look to groom a keeper. Pant has become a selector’s favorite and is a confirmed pick as of date. However, Kishan will be a great challenger to Pant. He is young, technically sound, and has scored tons of runs in domestic cricket. It would be interesting to see a healthy competition between Kishan and Pant in the next few years.

Padikkal’s compact technique and great temperament have already impressed the purists. His delectable drives and pulls are a treat to watch. He has made the opening position his own in Royal Challenger Bangalore. With Gill and Shaw still not 100% certainty and Sharma approaching the last leg of his career, Devdutt could be the answer to the selector’s headache.

The young leg-spinner has been a part of Mumbai Indians. He is an attacking option and picks wickets at regular intervals. Jadeja and Ashwin have been at the center for very long but will eventually have to make way for youngsters. The selectors have indicated that they are looking at Chahal only for white-ball cricket. Therefore, Chahar can be a brilliant addition to India’s long-term goals. His leg-spin with Axar Patel’s left-arm spin could be the future. 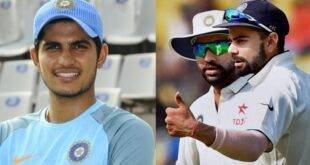 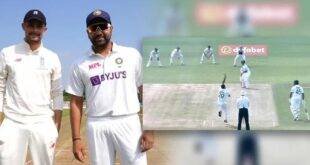