Many players in modern international cricket do not represent their home country and instead choose to play for another country for a variety of reasons. Kevin Pietersen, Jonathan Trott, Imran Tahir, Grant Elliot, and Eoin Morgan are just a few of the well-known instances.

The first WTC Final will take place on Friday. India will compete for the championship against New Zealand. This is the first time a tournament like this has taken place. Both teams will give it everything they have to win the WTC Final. The winner of this contest will be awarded the trophy as well as a USD 1.6 million prizes. In this event, New Zealand has dominated its opponents. They were undefeated in the home series, much as India. In the league round, India only lost one series. In the year 2020, it was against the Blackcaps. Against India, the Kiwis will aim to win another Test match.

They’ve picked a 15-man team, with five of the members being born outside of New Zealand.

Neil Wagner is a New Zealand Test cricketer who represents the New Zealand and Northern Districts cricket teams. He was born in South Africa. Wagner is an expert in the test format. Wagner was born in the Transvaal province of Pretoria. He began his cricket career in South Africa before moving to Otago in 2009. Wagner earned his maiden Test cap three years later against the West Indies at Sir Vivian Richards Stadium in Antigua. In the year 2012, the left-arm pacer made his Test debut. He has played 53 Tests for New Zealand. He has 226 wickets to his name thus far. In the WTC final, Wagner will be one of the players to watch.

BJ Watling is a New Zealand international cricketer who has represented Northern Districts since December 2004. He was born in South Africa. In December 2009, he made his Test debut, and eight months later, he played his maiden One Day International. Watling began playing Test cricket as a wicket-keeper in 2012. The Durban native has played in 74 Test matches for New Zealand. Many cricket fans are unaware that Watling moved to New Zealand with his family when he was ten years old.

Ajaz Patel is a cricketer from New Zealand who represents Central Districts in domestic cricket. In October 2018, he made his international debut for the New Zealand cricket team. He made his Test debut for New Zealand the following month, collecting five wickets in the second innings. He was a left-arm seam bowler who emigrated from Mumbai with his family when he was eight years old. Ajaz has represented New Zealand in nine Tests and two Twenty20 Internationals. He has a total of 26 Test wickets to his credit.

Colin de Grandhomme is a New Zealand cricketer who was born in Zimbabwe and plays in all formats of the game. In 2004, the 34-year-old represented Zimbabwe at the U-19 World Cup. He did not, however, pursue his career in his own nation. He made the decision to relocate to New Zealand. He is now one of the best all-rounders on the New Zealand side. He has 25 Test matches under his belt. In Test cricket, Colin has 1,194 runs and 47 wickets to his name. It would be fascinating to see whether he is selected for the WTC Final playing XI. 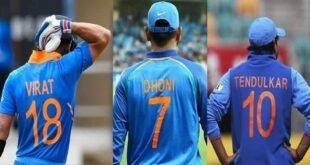 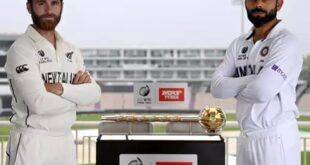