5 Indian origin players who were associated with the PSL

The Indian Premier League is a behemoth in the world of cricket and today even the International Cricket Council recognizes its importance it. All boards and the global governing body have now carved out a couple of months in the annual calendar for the IPL to take place. Domestic and foreign players crave to participate and perform in the IPL because of the acknowledgment and financial reward it brings to them. There have been instances of Indian and foreign players entering their national teams on the back of impressive IPL performances. Suryakumar Yadav, Jus Butler among others have reignited their international careers due to IPL.

While players from foreign countries have received an opportunity to play in the IPL, one country whose players have been sanctioned against participating in the IPL is Pakistan. Due to the political differences between the two countries, cricketers from Pakistan have been banned from IPL since 2009. In response to this, the Pakistan Cricket Board started its own franchise-based league called Pakistan Super League in 2016.

The league has grown in prominence over the years and seen the likes of Dale Steyn, David Miller, Gayle participate. Even though there is no formal ban on Indian players from participating, no Indian player has yet played in the league. However, Indian-origin cricketers from other countries have played and we look at 5 such players. Patel played international cricket for England and was predominantly played as a slow left-arm spinner. He played 6 tests and 36 ODIs for Pakistan. His parents were from Gujarat and he was born and brought up there. In 2018-19, he was picked by Islamabad United in the PSL. In 2020, he shifted to Lahore Qalandars and has been part of the franchise till now. In the 12 games that he has played in the IPL, he has picked up 10 wickets in all. Another English all-rounder of Indian origin who has played in the PSL is Ravi Bopara. He was a medium-fast bowler and came in as a batsman lower down the order. His parents were Sikhs. He was picked by Karachi Kings in the inaugural season and continued there till 2019. In 2020, he moved to Multan Sultans. In the 35 games he has played in PSL, he has scored 700 runs and picked up a total of 15 wickets. An absolute legend of the T20 format is Narine. He was one of the most difficult bowlers to pick. his finger spin and mystery balls haunted the batsmen. He has the distinction of a maiden super over in T20 cricket. he was picked by the Lahore Qalandars in 2017-18 and played 8 games in those seasons. he scored a mere 116 runs but as a pinch hitter, he hit those runs at an astounding strike rate of 180. He also picked 10 wickets in those 8 games. Ramdin was part of the Windies team which won the 2016 ICC T20 World Cup. He has been a decently successful wicket-keeper batsman for the Windies. He was picked up by Lahore Qalandars in 2018. Ramdin was picked by the Lahore franchise as a replacement for the big-hitting Aussie batsman Chris Lynn. Even though Amla never played in the PSL during his days, he was associated with one of the franchises later in his career. prior to the commencement of the 2020 season, he joined the Peshawar Zalmi as their batting coach. Amla is a seasoned batsman for South Africa and is originally from Gujarat, India. 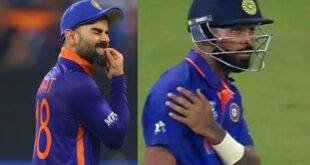 Over the past few years, Hardik Pandya has played some scintillating cricket for India and …