The 14th season of the Indian Premier League (IPL) offered top-notch entertainment for cricket lovers and had them glued to their TV screens. High-scoring games, low-scoring games, last-ball thrillers, and Super Over-finishes were all part of the now-suspended competition.

The IPL 2021 is slated to begin on September 19 in the United Arab Emirates. On October 15, the final will be held. The remaining 31 matches will be held in the UAE’s three sites. The BCCI had already stopped the season on May 4th, after 29 matches had been played up to that point. For some players, the change of location would be beneficial since it will allow them to start over and rediscover their lost form. The Mumbai Indians have created a fantastic squad, especially in the last few years, when they have become really unbeatable. Ishan Kishan is another name on the list who, when he originally joined the squad in 2018, was expected to be nurtured to achieve new heights. During the 2020 season, the youthful left-handed batsman Ishan Kishan was a revelation for the reigning champions Mumbai Indians (MI). With 516 runs at an average of 57.33 and a strike rate of 145.76, Ishan was Mumbai’s leading run-scorer in IPL 2020.

The 22-year-old, however, was unable to maintain his blazing form in the 14th season of the Indian Premier League. He had a terrible campaign, scoring only 73 runs in five matches. Due to his poor form, Kishan was also dropped from the Mumbai Indians starting XI. Ishan Kishan will be aiming to undertake another IPL 2020 given that the IPL 2021 has been rescheduled in the UAE.

Marcus Stoinis was undoubtedly the story of the 13th season of the Indian Premier League, which was held in the United Arab Emirates (UAE). With his blazing all-around effort, Stoinis turned heads. In the 14th edition, the 31-year-old was expected to make a repeat show. The Australian cricketer, on the other hand, flattened down on the Indian wickets and couldn’t muster much of a winning contribution. Stoinis picked up just two wickets in eight games for Delhi, bowling at an economy rate of 10.90.

In terms of batting, the 31-year-old was also underwhelming, scoring just 71 runs at a strike rate of 23.66. The Delhi Capitals are considered the favorites to win their first IPL title in 2021. Marcus Stoinis, on the other hand, must rediscover his lost rhythm if the franchise is to accomplish its ambition. Despite having some of the best international players in this format on the team, Rahul Tewatia was the most consistent match-winner for RR in IPL 2020. Tewatia made 255 runs at an average of over 42 in the last IPL season as a lower-middle order batsman, with a strike rate of over 140. The Haryana native, on the other hand, was unable to repeat his feat in the T20 spectacular in 2021. Tewatia only took two wickets in seven games, making 86 runs at a strike rate of 128.35. Rajasthan Royals’ spinner is a crucial weapon. As a result, the club will be hopeful that the all-rounder rediscovers his dominant form in the UAE for the balance of the IPL 2021 season.

Yuzvendra Chahal is only the third player after Virat Kohli and AB de Villiers to have played over 100 IPL matches for the RCB side. Chahal is currently one of the best leg-spinners in the IPL, thanks to his role as skipper Virat Kohli’s go-to guy for key breakthroughs. He’s been with the RCB team since 2014, and he’s become the elusive bowler who was kept by using the RTM card. The Haryana veteran, on the other hand, wasn’t having the best of times in the 14th edition of the T20 Championship. With the IPL 2021 moving to the United Arab Emirates, Chahal will be looking for a different ride in the league’s remaining matches. Last year’s IPL 2020, which was held in the UAE, saw the bowler take the most wickets among the spinners. In 15 games, he took 21 wickets.

Sunil Narine has proven to be a key member of the Knight Riders’ squad. The West Indies all-rounder debuted in the Indian Premier League (IPL) with the Kolkata Knight Riders in 2012. Since his debut in the T20 league, KKR hasn’t let go of the all-rounder, and Narine has returned the confidence with a slew of match-winning performances. In IPL 2021, the 33-year-old batted in four games, making 10 runs and taking four wickets. Narine’s dismal form showed in KKR’s record, with the team winning only two of the seven matches they played in IPL 2021. If the two-time winner wants to reverse the team’s fortunes, he’ll need to be at his best with the bat and ball. 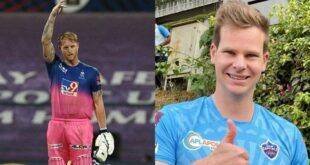 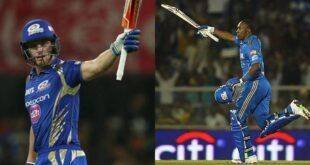