Test cricket is the epitome of cricketing skill and grit. Every youngster who picks a bat or ball aspires to play the red-ball format once in his life. Virat Kohli has often said that white-ball cricket may be glitzy and IPL may be glamourous, but nothing matches test cricket in the intensity. Even today, most cricketers aspire to don the test cap over a franchise or limited-overs cricket. The satisfaction of performing and excelling in the longest format of the game doesn’t match any other cricketing satisfaction.

There have been numerous cricketers who have played test cricket but not all have been able to leave a mark in the game. The format of test cricket is so excruciatingly difficult and stressful that cricketers are unable to perform at their peak continuously. Then there are cricketers who begin their test debut with a bang. One such player who commenced his test career this week was Shreyas Iyer. He debuted for India in the ongoing first Test against the Kiwis and scored 105 and 65 in the two innings for India.

The English legend is one of the best batsmen to come out of England. His debut was a statement about how delightful his career would be. He debuted in Nagpur in the first test of the 2006 series on England’s tour of India. Batting first, he scored a solid 60 in the first innings. However, it was his 104 in the second innings that gave helped England force a draw.

The Protea debuted against mighty Australia in 2012. It was the second test being played in Adelaide. In the first innings, batting at no. 6, Faf scored 78 to help the Proteas put up 388. In the second innings, they had to chase down 430 to win the match when the South Africans found themselves in a pickle. They were 45-4 when Faf came out to bat and scored an incredible 110 not out to ensure that the team holds the fort and the match is drawn.

Greenidge was part of the era when the mighty Windies were unplayable in cricket. The team consisted of legends and every team feared playing against them. Gordon Greenidge too made a rollicking debut against India in the 1974 Windies tour of India. It was the first test in Bengaluru and in the first innings, Windies batted first and Greenidge opened the innings. He scored a marvelous 93 in that innings. In the second innings, he scored a classic solid 107 to hand over India a 267 runs defeat.

Azhar Mahmood had a short career with Pakistan but he had an impactful debut. It was against South Africa in 1997 in Rawalpindi. Making his debut in the first test of the series, Mahmood scored a fluent 128 not out in the first innings and a 50 runs not out in the second innings. He also picked up 2 wickets in the match. He was awarded the man of the match for his all-round performance.

Another Pakistani on the list is Umar Akmal. Just like Mahmood, he too did not have a memorable test career but he had a blockbuster debut. It was the first test against New Zealand in Dunedin in the 2008-09 Pakistan tour of New Zealand. In the first innings, he put up a 160 balls 129 scoring at a strike rate of 81. In the second innings, he played a heroic innings scoring 75 but it was not enough to stop the Kiwis from winning. 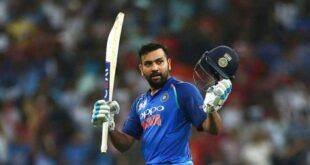 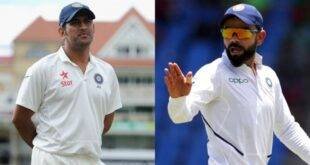 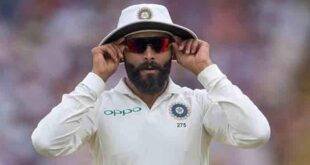